You are currently using an out of date web browser that is no longer supported.

LITTLESTAR AND BCRF: A PARTNERSHIP FOR LIFE

The Breast Cancer Research Foundation® was founded in 1993 by Evelyn H. Lauder as an independent, not-for-profit organization dedicated to funding innovative clinical and translational research. In October 2011, BCRF will award $36.5 million to more than 185 scientists across the United States, Canada, Latin America, Europe, the Middle East, Australia and China. Currently, more than 90 cents of every dollar donated is directed to breast cancer research and awareness programs. With exceptionally low administrative costs, BCRF continues to be one of the most efficient organizations in the country. BCRF has received a 4-star rating from Charity Navigator and an "A+" from The American Institute of Philanthropy.

MAMMA MIA!'s close connection with BCRF was the result of a chance mid-air meeting between the hit musical's creator, producer Judy Craymer and the charity's founder Evelyn Lauder, of Estée Lauder Companies Inc. 'We met in the Spring of 2001 on a transatlantic flight, and got talking. It turned out that Evelyn had seen MAMMA MIA! in London and loved it. I was delighted that she wanted to hold a BCRF fundraising event involving MAMMA MIA!'. The Rock Chick Supremo T-shirt was the result.

In October 2011, to celebrate 10 dazzling years on Broadway, MAMMA MIA! launched the new Rock Chick Supremo T-shirt to coincide with National Breast Cancer Awareness Month. At last year's BCRF Symposium where Judy was honoured with BCRF's Humanitarian Award, Judy met with cartoonist Marisa Acocella Marchetto, also a recipient of the Award. Their shared interest in BCRF led them to design and produce the new Rock Chick Supremo T-shirt. The pretty white, pink and silver T-shirt is made from 100% soft organic cotton and will raise awareness and generate income for BCRF.

The phrase 'Rock Chick Supremo' is a quote from the script of the show, and perfectly sums up the spirit of MAMMA MIA!, a story with women at its heart. The production is embraced and loved by women of all ages worldwide and has so far raised nearly $1 million for BCRF.

Judy Craymer says 'Breast cancer is predominantly a female health issue, although it affects both men and women in so many ways. We hope the T-shirt can carry on generating this much-needed funding for research.' 'MAMMA MIA! has been a true and loyal friend of the Foundation, and we treasure our association with this magnificent and uplifting show.' Evelyn Lauder adds. 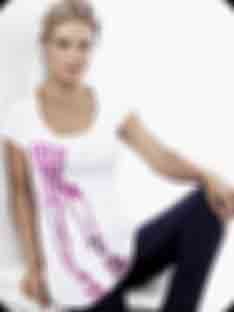 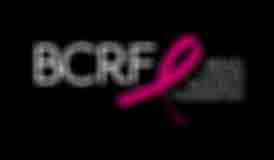 The Rock Chick Supremo T-shirt is available at the MAMMA MIA! Shop.